Failed Hunt. What Happens When You Don’t Bring Anything Home

The story no one writes and the photo no one posts. What happens when you fail?

I arrived home to Michigan two days earlier from a five week trip to Argentina ready and extremely excited to kill a turkey with my bow (shoutout: Bowtech Carbon Rose). 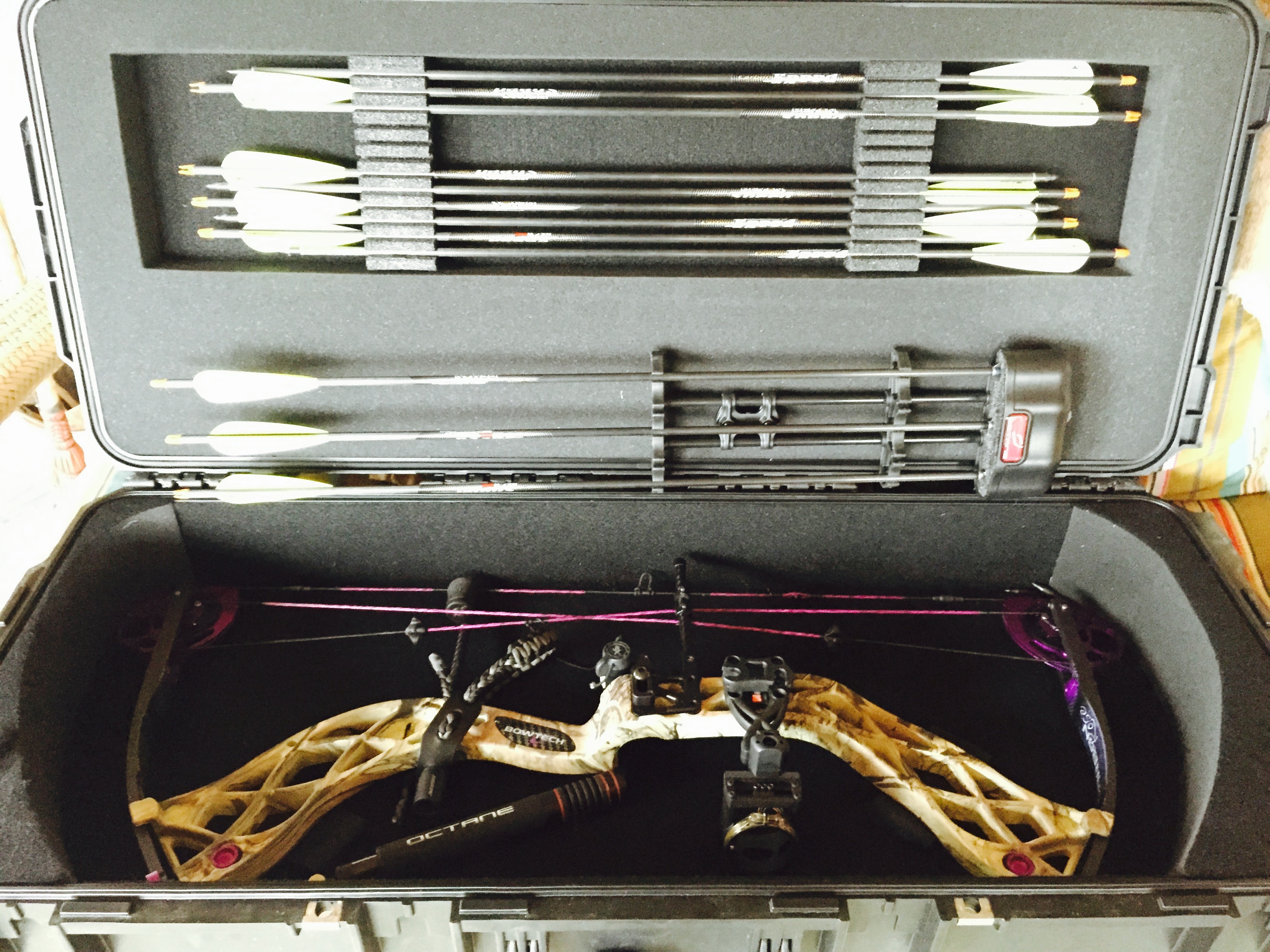 My parents hunt turkeys in our bountiful woods every year but, until last year, i’ve always missed the spring hunt. Finally, in spring 2014, I went out a few days during the late season. No beginners luck but I walked away from my first turkey hunting experience a changed hunter. Those few days gave me a severe case of gobbler fever and definitely was the wake up call I needed to take turkey hunting much more seriously! 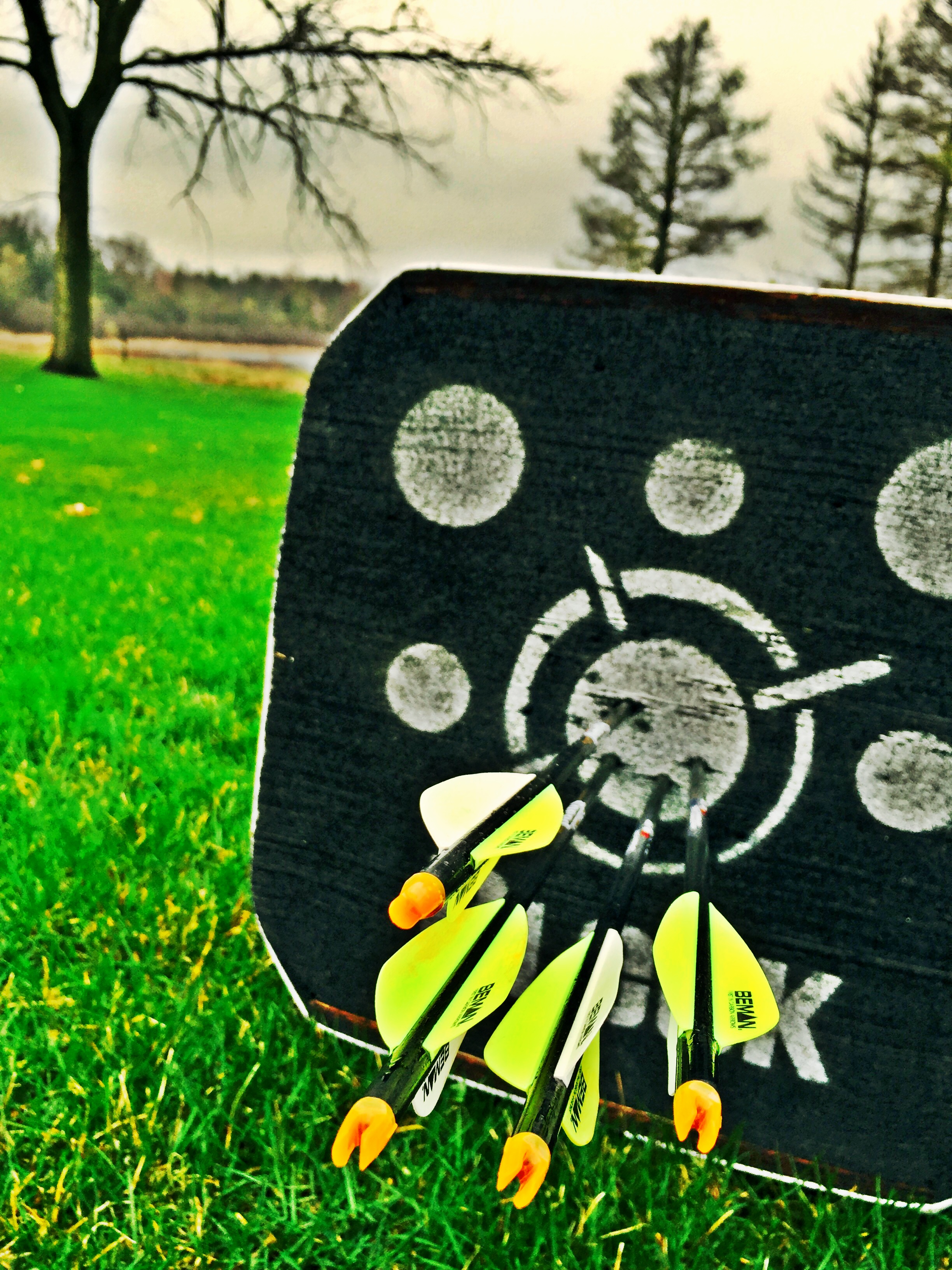 Now, 2015. A lot changes in a year and I came into this year’s season employed as a full-time outdoor writer. And, with that, I have honed in an intense focus on the issues, news, celebrities, products, trips, you name it, of the outdoor world. I’ve deleted my personal, private social media accounts in favor of Cygnet branded public accounts (scary!) and i’m hooked on my iPhone and computer more than ever before keeping up with the endless stream of content in the industry. I’ve really upped my gear game (oh hey Nightforce scope) including buying a new, souped-up bow last year. I rarely go a day without working on an article and I think my better-than-perfect vision may be falling to just perfect because of all this time staring at my laptop. But overall, I love it because I get so much out of delving deeper into the outdoor world that I’ve always loved and been apart of but now have the context to be involved in a more meaningful way. 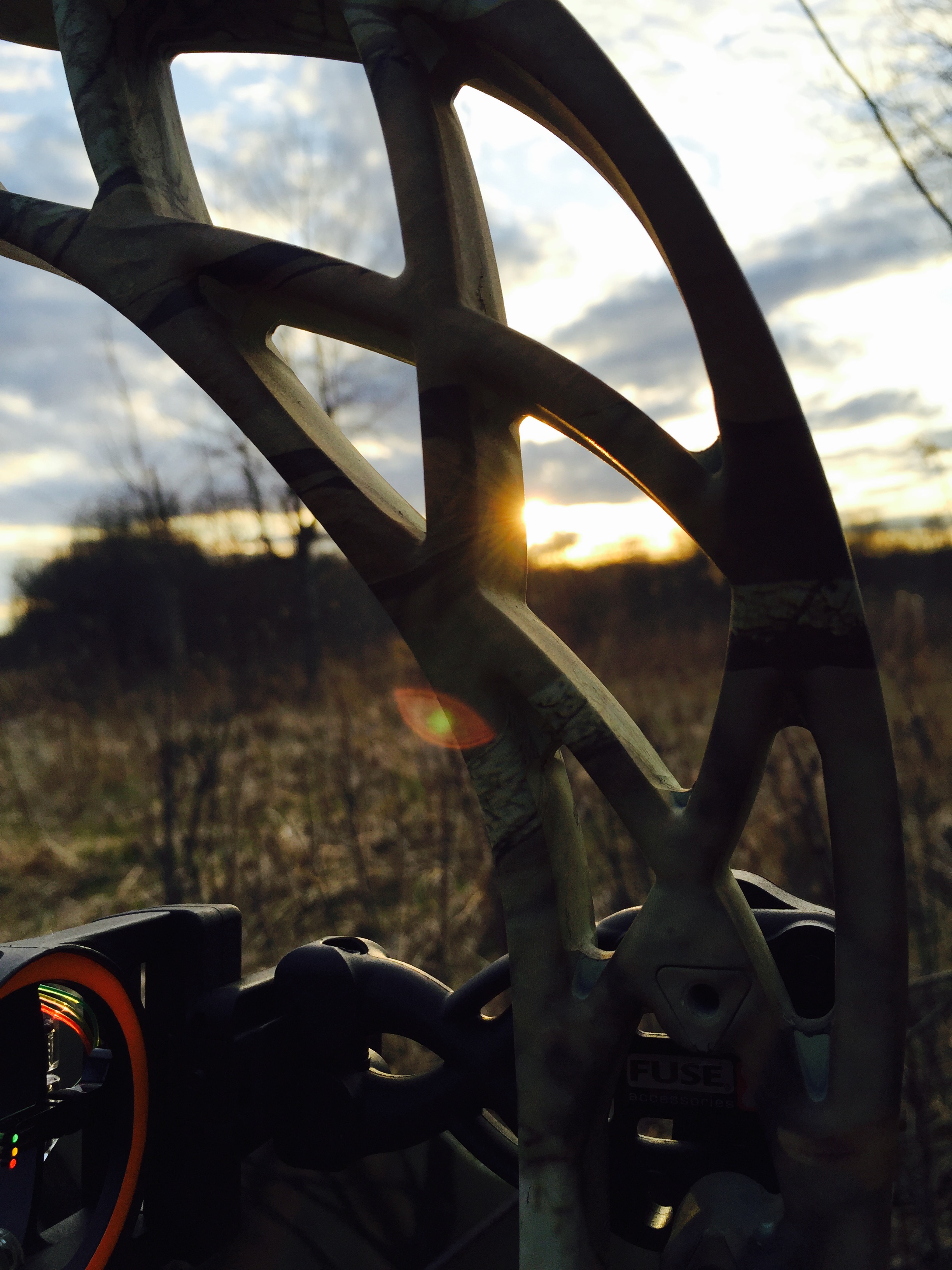 So coming into turkey season I was no less than pumped up. I had the time, gear, and determination to get it done and I was very certain I would do just that. Now, I am always that hunter going on about how it’s about so much more than the kill or a “trophy” (I try not even to use that word). So I didn’t come into turkey season wanting to kill a turkey no matter what — if that had been the case I would’ve obviously taken my 12 gauge and sat in one of our permanent wooden ground blinds. But instead I had it settled in my mind that I was going to hunt with my bow, with just the essential gear, and that I would get a turkey and probably a big tom at that … and it would be awesome. 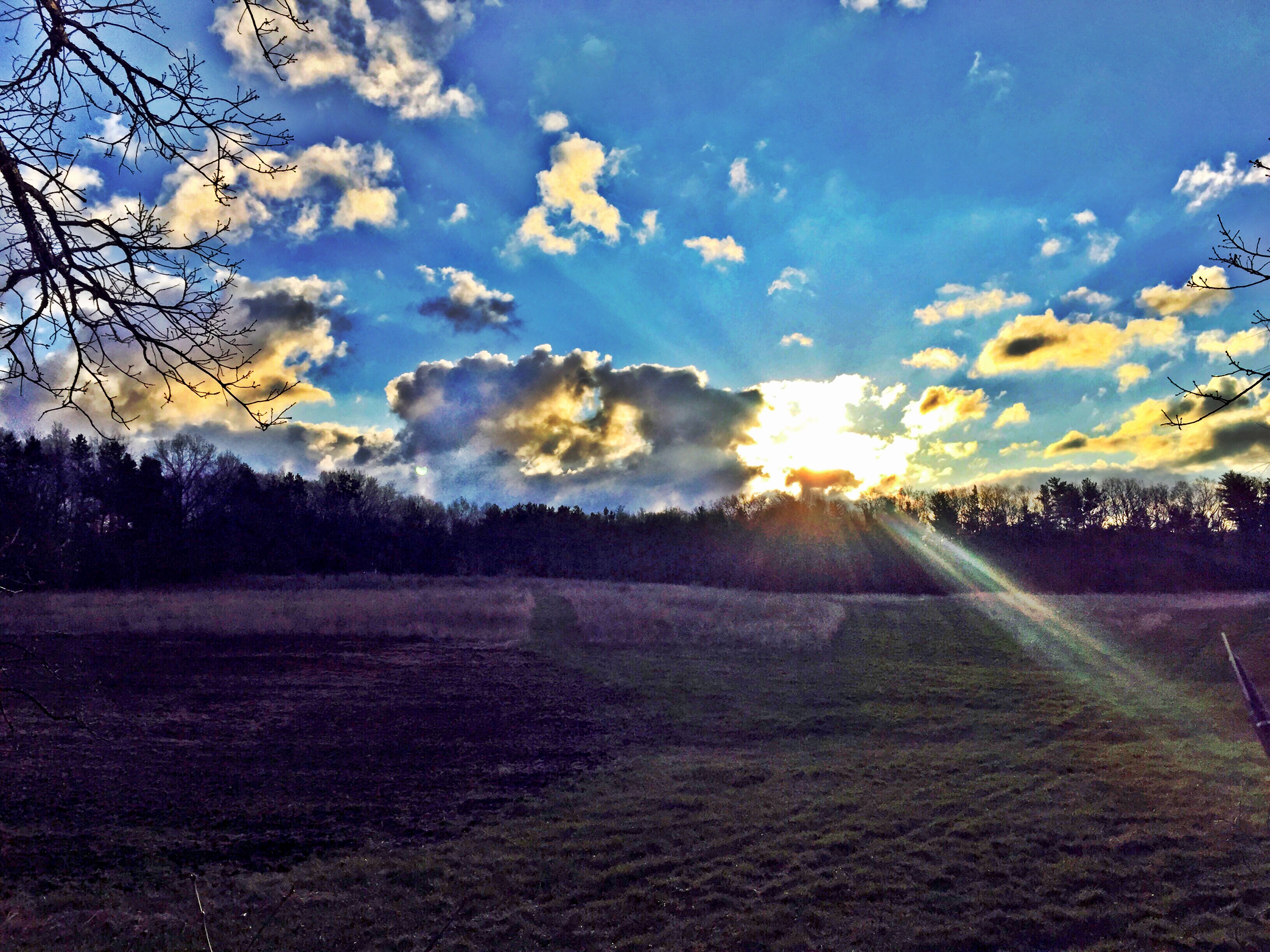 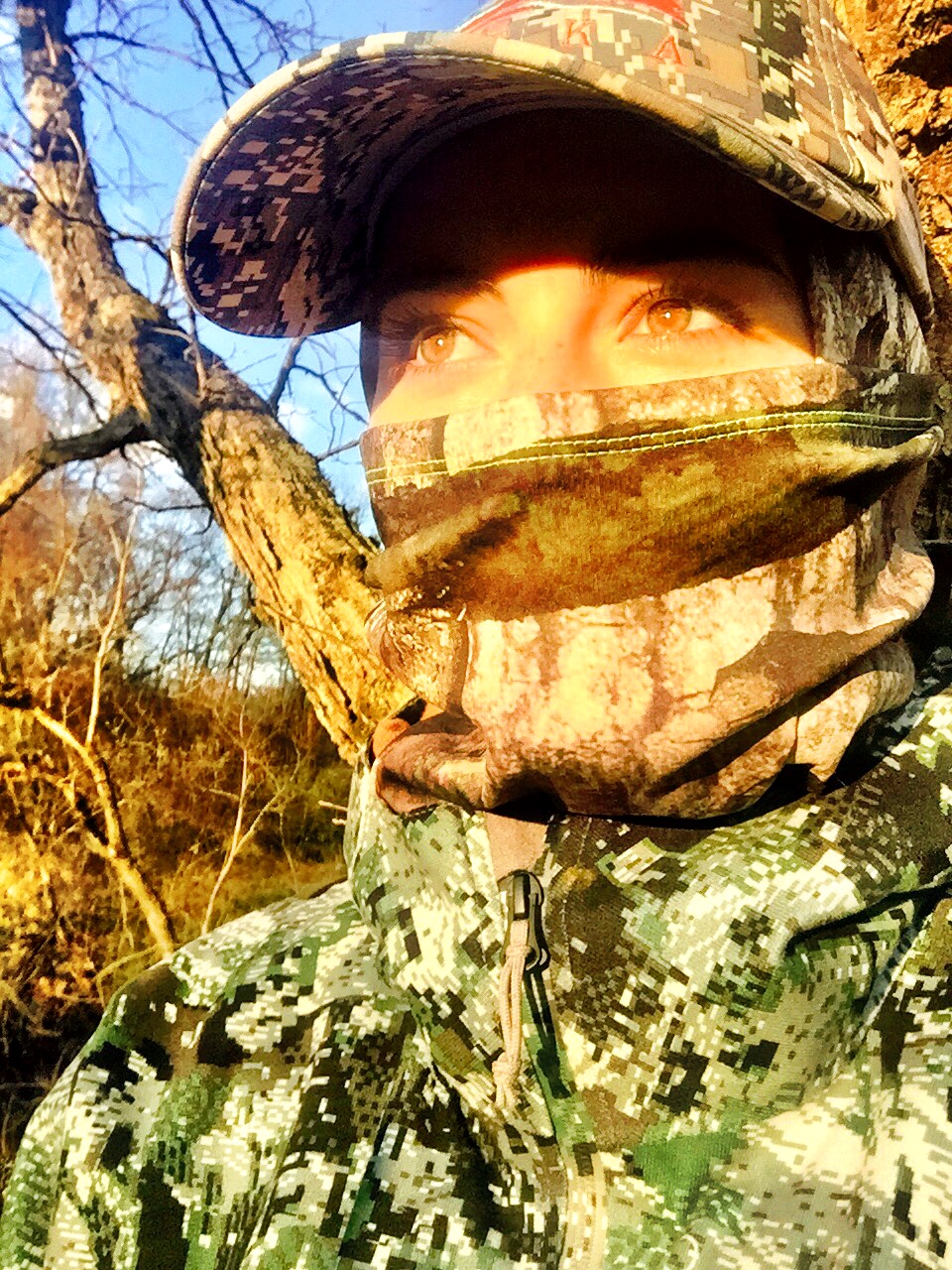 Thankful for sunshine on a cold morning.

Instead, I hunted hard from day one of the season until the close and never had a shot at a tom. What I did have was a front row seat for some great sunrises and sunsets, and lots of close encounters with deer, hens, and every other bird that wasn’t a male turkey. I experienced our northern woods in that special time window where spring is really about to explode but winter’s chill is still lingering (the first few days of the season we had short bursts of snow flurries). I hunted by myself and practiced calling, and calling, and calling. 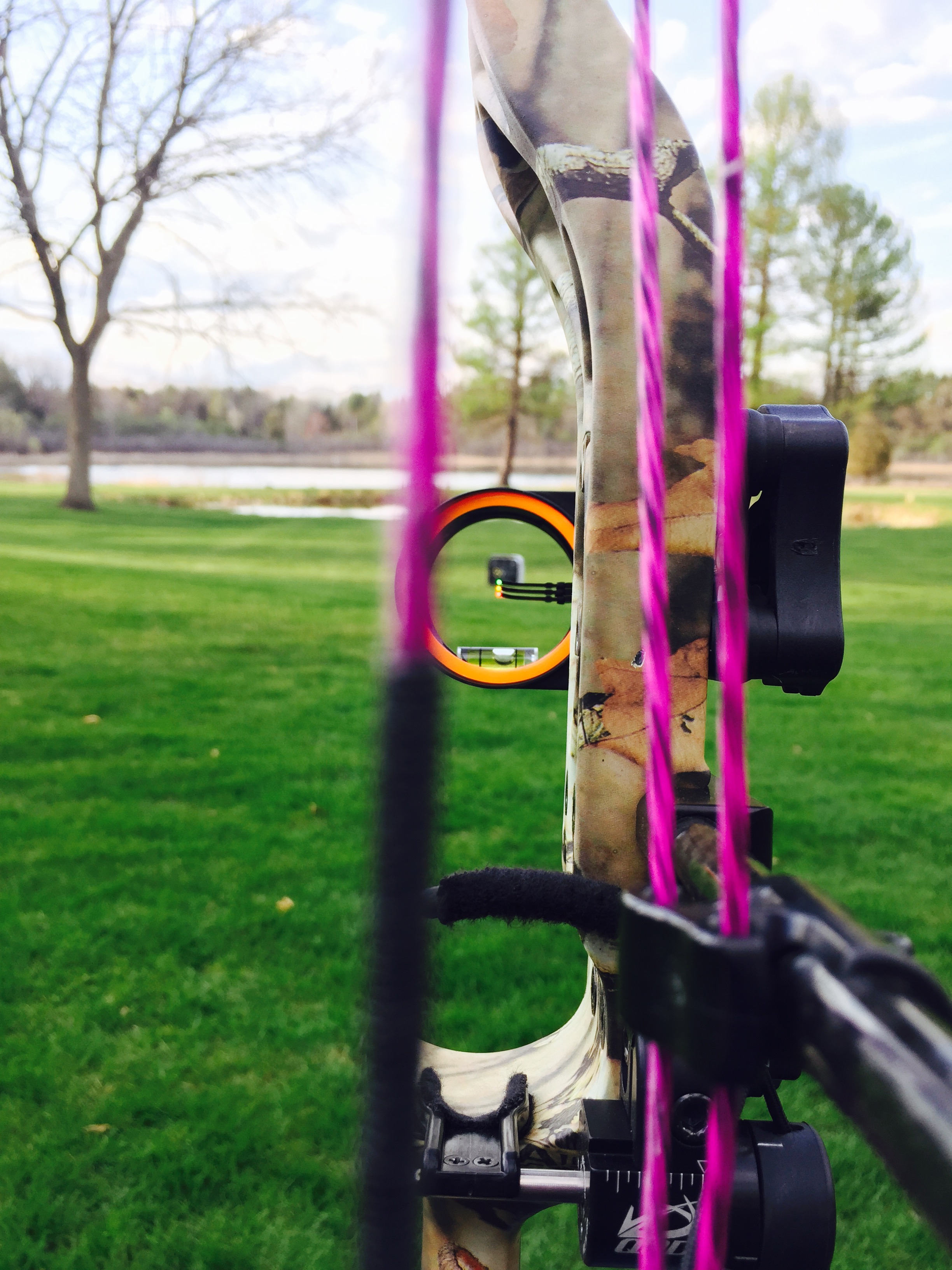 One cloudy and cold evening I set up just sitting on the ground nestled into a big group of dead trees in the woods a few feet off of a field and cleared area. I felt pretty sure a group was roosting in the nearby oak trees so thought I could catch them as they headed in for the night. I put out a jake decoy and hen decoy about 15 feet in front of me. A few hours passed and the sun was pretty well down and I was getting ready to go in when I thought I heard something near the little creek about 10 feet to my right. I very slowly turned my head (hunters all know the 5-minute head turn) and, like a scene from a kung foo movie, my brown eye zoomed in on a big round turkey eye staring right back at me. It was standing on the little footbridge and had a friend crossing near it in the shallow water. It had that defiant look and I knew any more movement from me and they’d be gone. After the world’s longest human-turkey staring contest they decided they were safe to move forward – towards me. They walked about 5 feet towards me then turned and walked into the thick woods and dry reeds behind me. I followed them with my eyes until my peripheral vision and neck were burning. They were out of site so I slowly turned my head back to staring straight ahead. I wasn’t sure what to do at this point. I didn’t know if they were walking away from me and, if so, should I reach for my call? Should I risk moving? As I was contemplating my next move in a slight panic caused by not wanting to lose them I heard movement behind my left shoulder. The next minute, these two turkeys walked out of the woods not two feet from me! My heart was pounding so fast I thought I was going to be forced to take a gasp of air and give myself away. I could have reached out and grabbed one of the turkeys with my bare hand. They walked straight to my two decoys and, arrow ready to go, I thought, “this is it!” Almost simultaneously though I knew something was up as they weren’t displaying … females. DUH. I was so enthralled and excited with this whole episode that I didn’t even recognize they were two lone hens until they were next to my decoys. So I listened to their very quiet purrs and watched them walk away totally unaware of my presence or our close encounter.

As my heart rate returned to normal and I started to pack up and head back to the house I didn’t feel frustration or anger. I felt ecstatic – I had just had an incredibly close experience with one of the wood’s smartest and most observant animals and they had no idea I was even there. It felt great to have such an incredible affirmation of how blended I was with my surroundings. I didn’t even have a blind! I couldn’t wait to get back to the house and tell my fellow hunters my evening’s story. 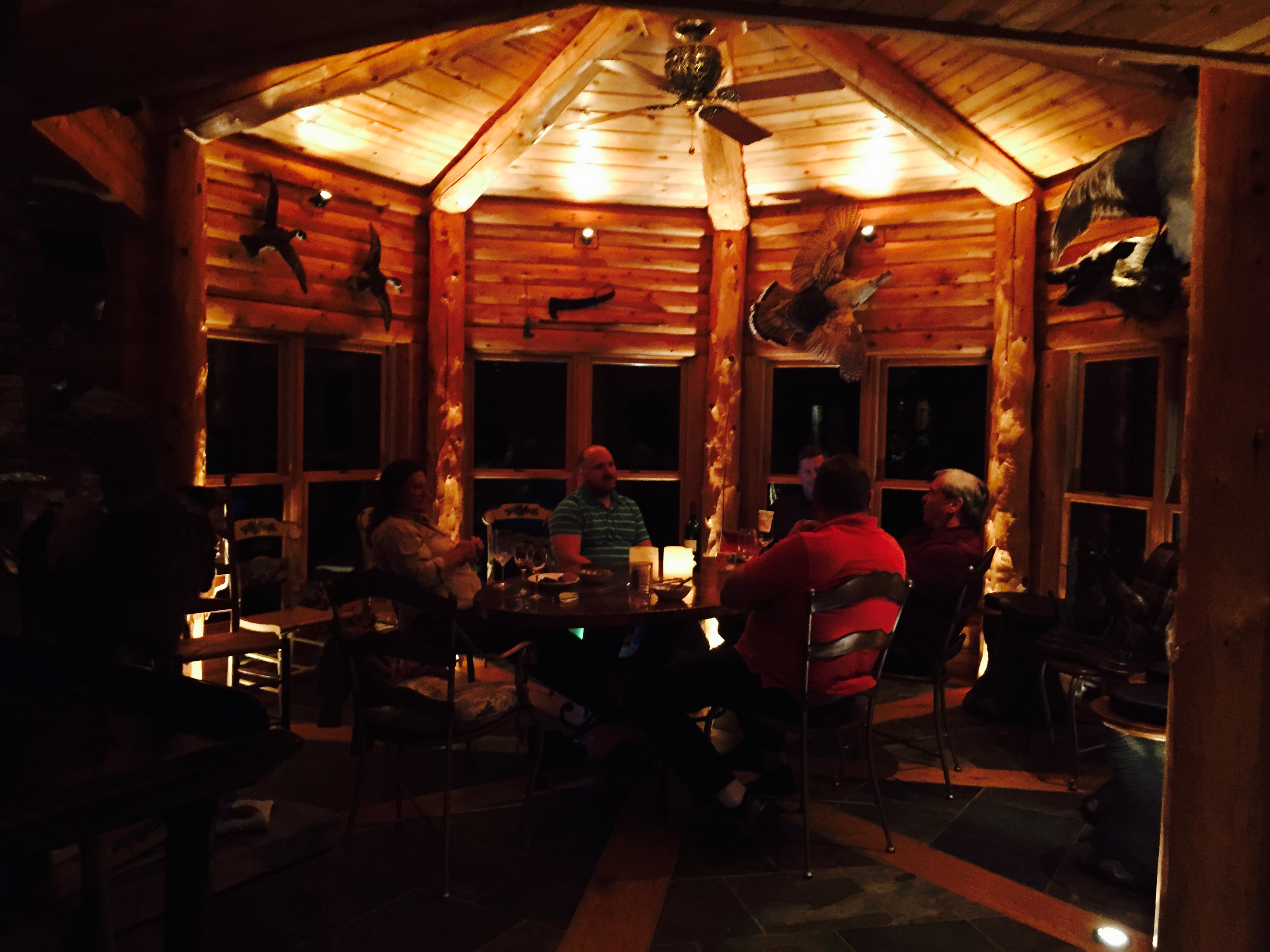 As the season came to a close I was confused why I hadn’t had a chance at a tom yet. I felt like I was doing all the right things (ok, there were a few mornings I could have gotten up a little earlier!). And it didn’t help that every time I checked my social media accounts there was a constant stream of filtered photos of smiling hunters with big toms artfully displayed at their feet. It wasn’t jealously I felt but more exclusion and confusion as to why “everyone” was having “successful” turkey hunts except for me. 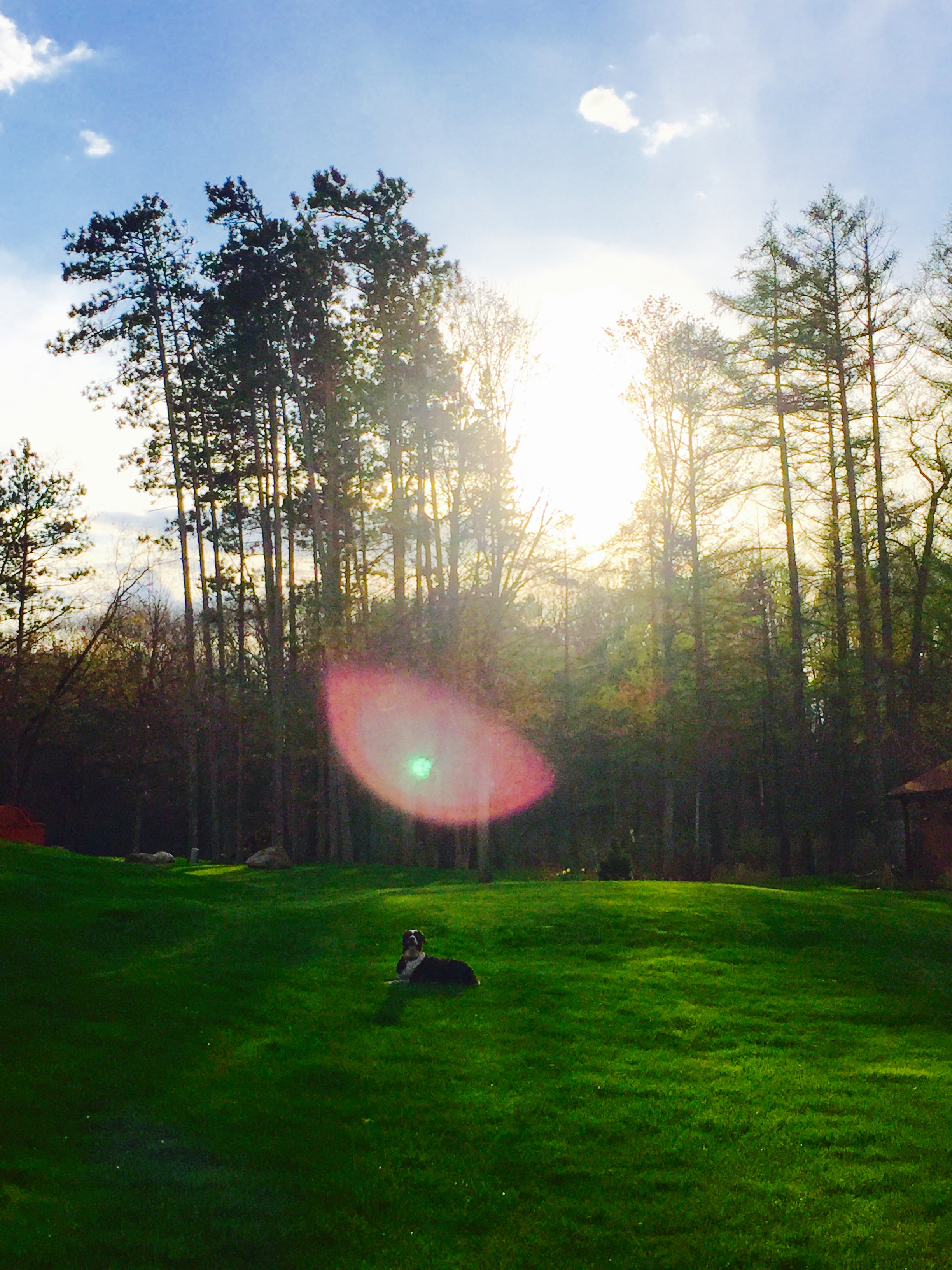 Goose keeping an eye on things back at the home fort

Social media / “the internet” is apart of our world. No one forces us to use it but most of us do. It can provide those of us who chose to partake in it an outlet for creativity, a platform for our voice, and maybe most appealing — a sense of community. We’re no longer just a lone hunter in Michigan limited to sharing our stories with a few willing listeners “back at the house”. We are now apart of a strong and huge community of people who love our instagram posts of the view from our tree stand, or our tweet about great broadheads, or selfies on our facebook showing a new camo facemask. And we like their posts back. It’s a great feeling! But what happens when we don’t have the perfectly filtered, trophy-pose post to put out there? Does it create in us a feeling of failure because we aren’t up there on the internet’s invisible cork board of successful hunts? 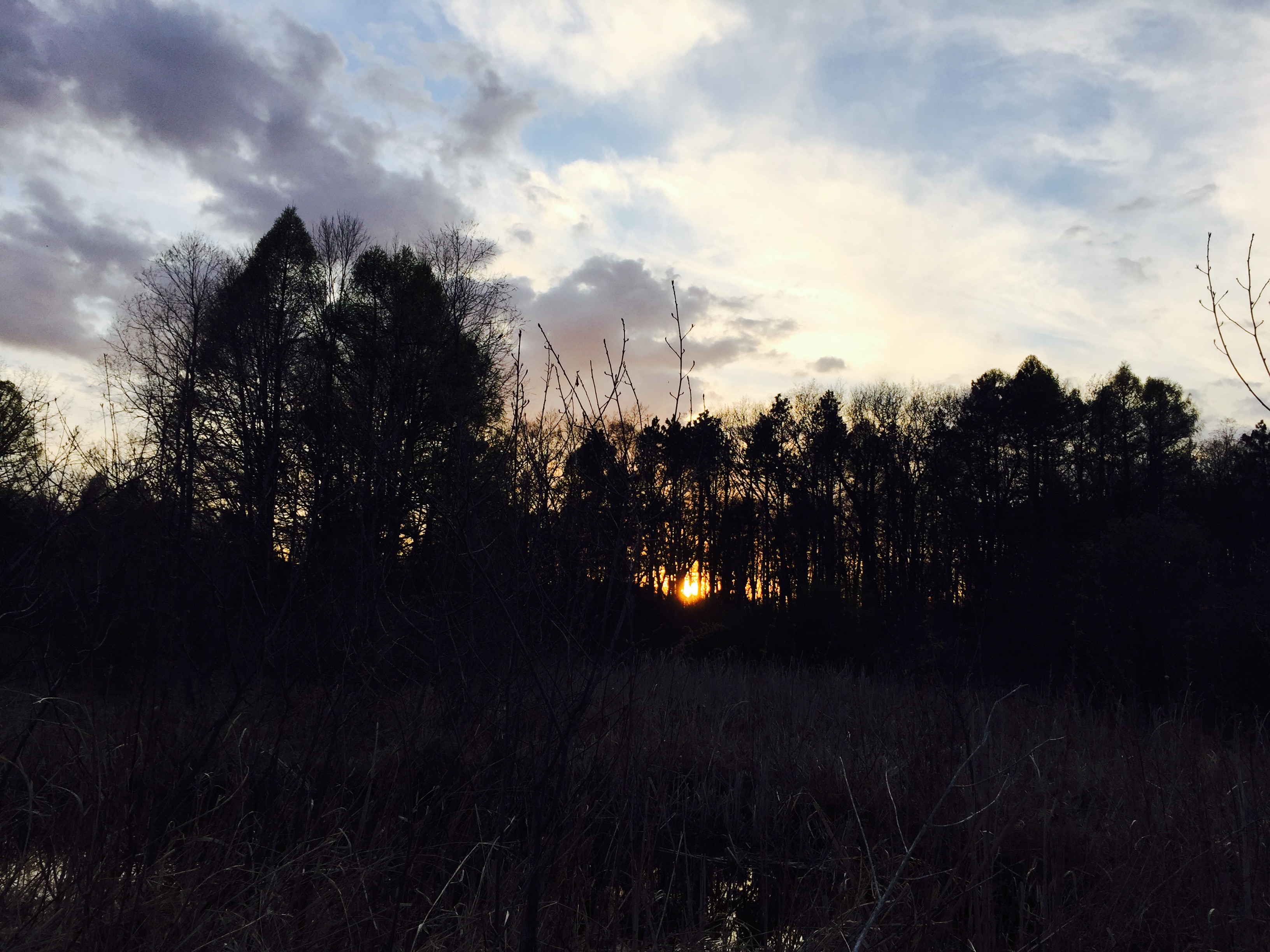 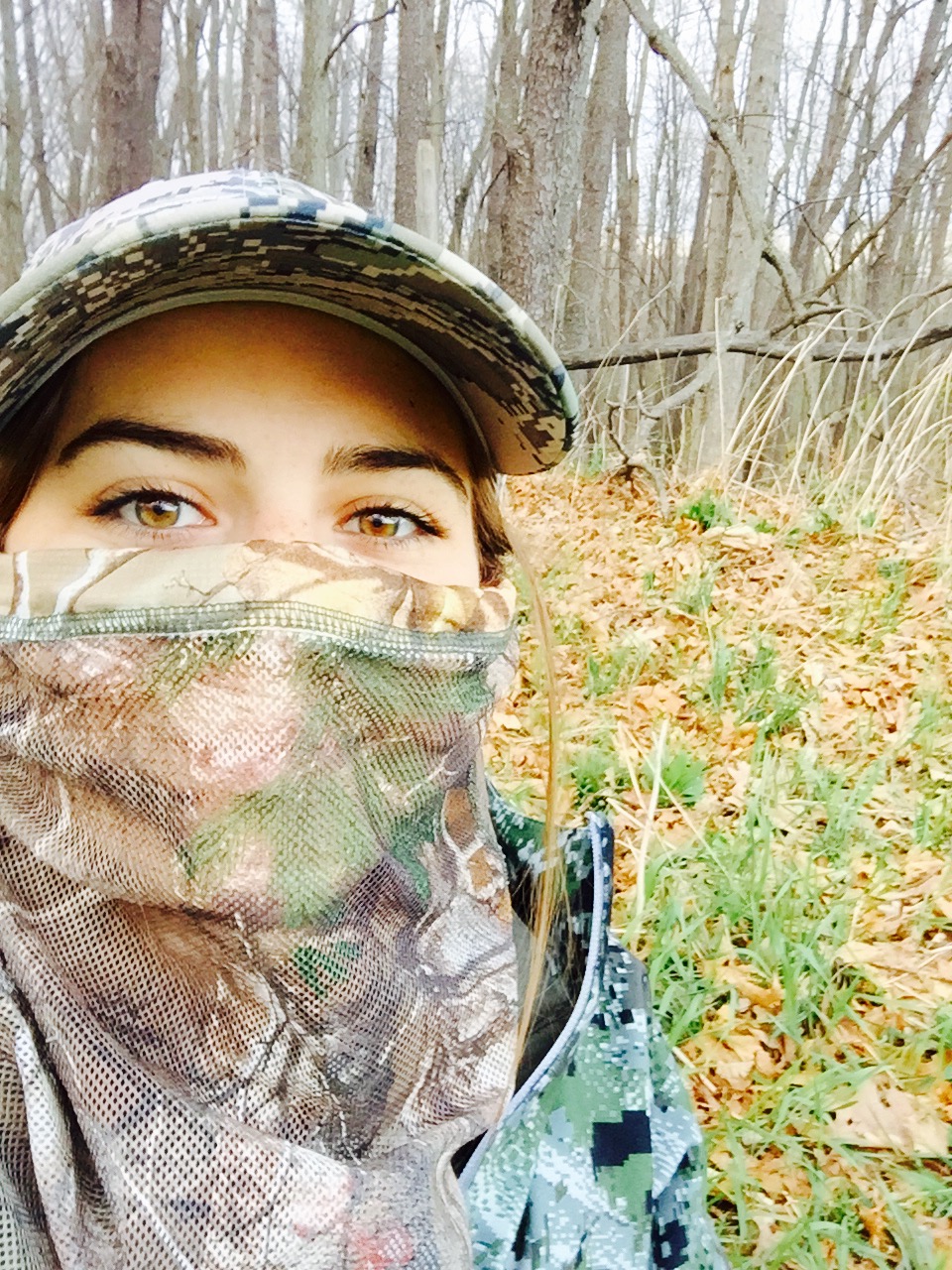 I admit, I wanted to take that smiling “big tom down” photo. But it didn’t happen this year. I know I hunted hard but maybe I could’ve hunted even harder — stayed out a few hours more, gotten up that hour earlier, set up my decoys better. I don’t think i’m walking away a failure though. I love hunting because I love being outdoors around wild animals. It really is as simple as that. Everything else are just perks on top of that core ethos. This turkey season I got to spend a lot of time outdoors and had some great experiences with wild animals. So I succeeded in doing what I love. Success!

I want to caution new hunters, or new social media converts, to chase their love of hunting (whatever that is to them), not a photo op. It’s a message I remind myself as I navigate these new paths.

Thanks for joining me. 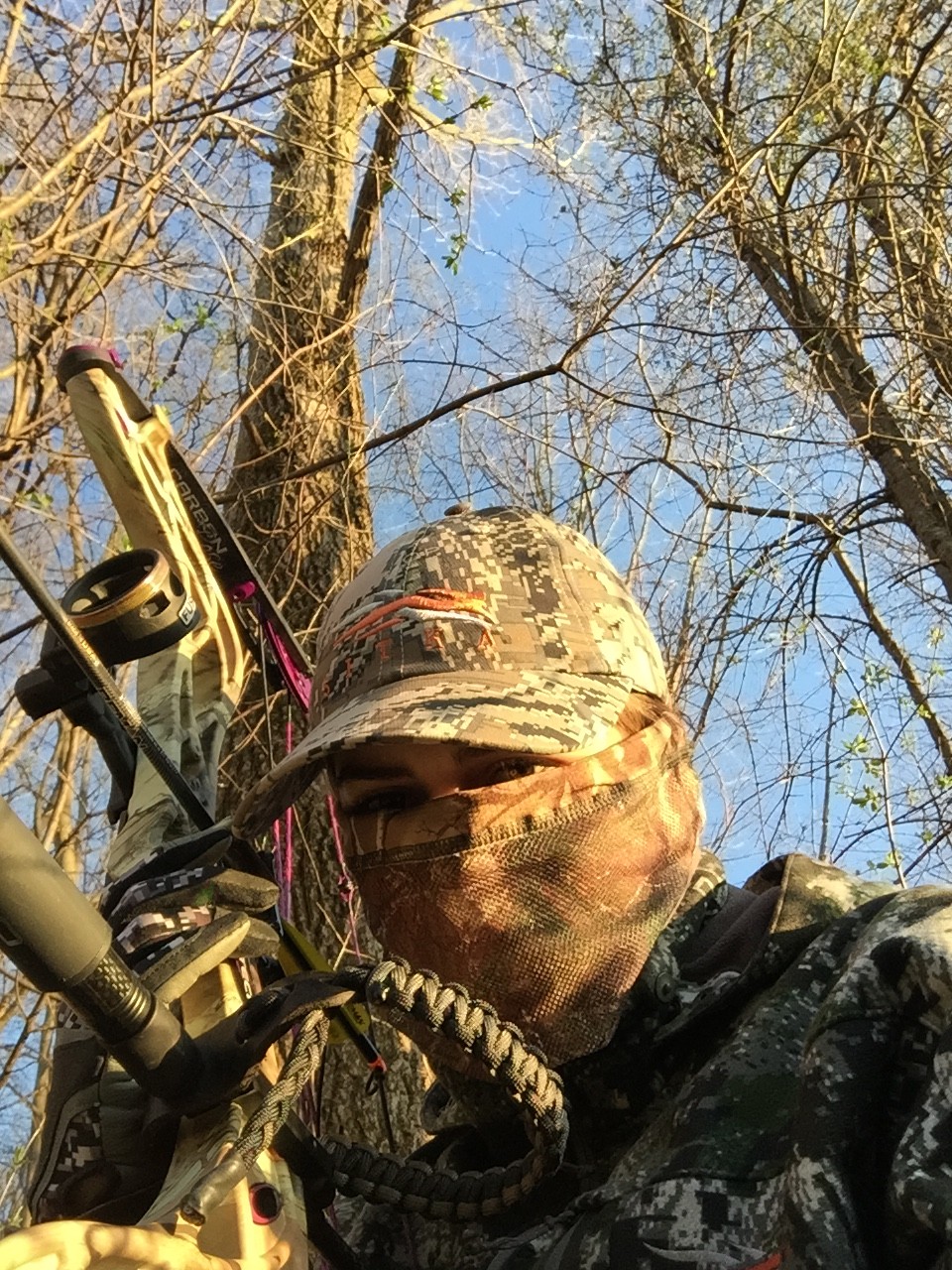 Really well written. I’m proud of you and inspired to take a turkey next year with my bow.
Now you have to shoot a deer with one or maybe an elk?